Well balanced meals at our Day Nursery in Liverpool 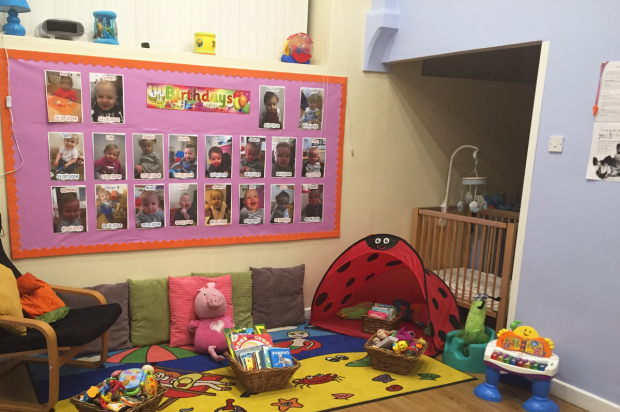 Children aged four to ten are consuming twice as much sugar as they should, while older children have three times the recommended daily amount, a major survey has revealed.

You can be assured that your child is receiving well balanced meals at our Day Nursery in Liverpool and all our meals are freshly prepared on site.

According to the National Diet and Nutrition Survey, funded by Public Health England (PHE) and the UK Food Standards Agency, children and young adults in the UK are also not eating enough fruit and vegetables, while consumption of red meat and saturated fat still remains at a high level.

Dr Alison Tedstone, chief nutritionist at PHE, said: “This data provides compelling evidence that we all need to eat more fruit, veg, fibre and oily fish and cut back on sugar, salt and saturated fat to improve our health.

“While it is encouraging that young children are having fewer sugary drinks, they still have far too much sugar in their diet overall, along with teenagers and adults. To help tackle this, PHE is launching a programme to challenge the food industry to remove at least 20 per cent of the sugar in its products by 2020. It’s an ambitious programme, a world first, and will be a significant step on the road to reducing child obesity levels.”

The Government’s recent Childhood Obesity Plan announced that PHE is to lead a programme to challenge food and drink manufacturers, retailers and the ‘out of home’ sector (restaurants, cafes and takeaways) to reduce the amount of sugar in their products.

The campaign will focus initially on the foods that make the largest contributions to children’s sugar intakes, such as breakfast cereals, yoghurts, biscuits, cakes, confectionery, pastries, puddings, ice cream and sweet spreads.

As a further step towards tackling childhood obesity, the Government will also be introducing a soft drinks industry levy across the UK, as 30 per cent of the sugar in children’s diets come from sugary drinks, such as fizzy pop, juice drinks, squashes, cordials, energy drinks and juice.

According to the National Diet and Nutrition survey, although children aged four to ten drank 100ml of sugary drinks per day on average in 2012/14, a decrease from 130ml per day in 2008/10, sugar still makes up 13 per cent of children’s daily calorie intake, more than twice the five per cent recommended limit.

The survey also confirms that one in three children leaving primary school and almost two in three adults are overweight or obese which means they are more prone to developing heart disease, type 2 diabetes and some cancers.

As the UK population continues to consume too much saturated fat and not enough fruit, vegetables and fibre, the average saturated fat intake for adults aged 19 to 64 is 12.7 per cent of daily calorie intake, above the 11 per cent recommendation.

The same age group consume on average four portions of fruit and vegetables per day, while children aged 11 to 18 consume only two portions per day.

The data underlines PHE’s call for the population to follow a healthy, balanced diet, based on the new Eatwell Guide, which includes eating a minimum of five portions of a variety of fruit and vegetables per day and increasing consumption of oily fish and fibre.

Experts believe following a healthy, balanced diet and reducing calories will help reduce obesity and the economic and social burden of life-threatening diseases.

Anna Feuchtwang, chief executive of National Children’s Bureau (NCB) said: “Obese children not only suffer the consequences of ill health while they are children, but they are also more likely to be struck down with conditions such as cardiovascular disease or diabetes as adults. Now, at last, we have a plan for reducing obesity early in life.

“Introducing a new sugar tax and reducing the amount of sugar in foods should help reduce the scandalous level of unnecessary sugar that we eat and help children and their families to choose a healthier diet.

“But the money raised from the sugar tax must be used to shore up recent cuts in public health spending so we can encourage more children to understand how the food they eat affects their health.

“This strategy undervalues the role of local authorities in improving public health and could do more to fully utilise health professionals like health visitors and school nurses, who can play an important part in tackling obesity.”

According to the NHS, the maximum daily amounts of added sugar are: five cubes for four to six-year-olds, six cubes for seven to ten-year-olds and seven cubes for children aged 11 and over.

Healthy meals are key at our Day Nursery Liverpool

Posted On 25th April 2016 ~ 0 Comments
Parents who use controlling feeding practices with their children, such as using food as a reward or a treat, could be unintentionally teaching their children

Posted On 6th November 2014 ~ 0 Comments
From next September Ofsted will introduce a new common inspection framework which is set to standardise their inspections across nurseries, schools and colleges. At our

Young and old …. it’s important to bridge the gap

Posted On 8th January 2019 ~ 0 Comments
A new report recommends all nurseries and schools link with care homes to improve children’s educational attainment. Published by the think tank United for All