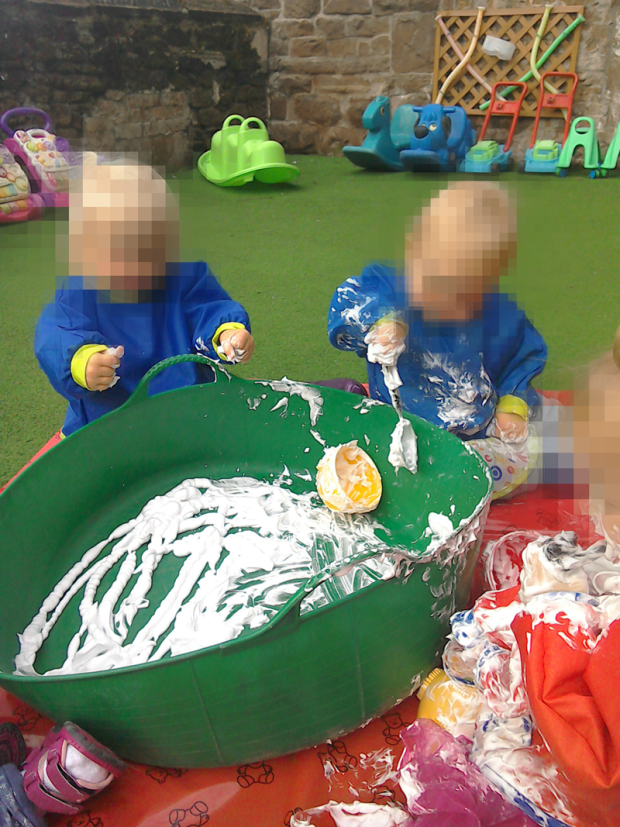 It is remarkable how in the space of less than ten years, touch screen devices have become the norm in the majority of households in the UK. Tablets are now outselling laptops and Ofcom revealed that in 2014, 11 per cent of three to four-year-olds in the UK owned a tablet

Yet it is an area where parents and childcare workers are having to operate pretty much blind as these are unchartered waters for everybody.

In 1999, the AAP advised having a blanket ban for screens on any child under two. This even included a TV on in the background. This was changed to ‘discouragement’ in 2015 and ‘in moderation’ in 2016.

Public Health England in its ‘Change for Life’ advert in 2013 said screen time stops children moving and being physical.

Dr Smith said: “Most existing empirical evidence comes from TV and this says that excessive screen-time on TV is bad for you and has linked it with a range of developmental problems such as delayed language and health problems, anti-social behaviour and sleep difficulties.

“However these problems can be moderated by parenting styles, type of TV content and whether the child is co-viewing with a parent. So the TV is just a symptom of the home environment such as poor nutrition.

“There is also empirical evidence about video games which has found that a lot of game play can cause problems with sleep, anti-social behaviour and memory problems.

“Violent videogames have been associated with anti-social behaviour. However videogames can also help with cognitive behaviour and enhanced visual processing and help motor control.”

He also highlights the addictive quality of touch screens saying that in South Korea there are centres for people suffering from internet addiction. “It stimulates the same pathways as sugar so moderation of use is important,” he said.

However Dr Smith is keen to emphasise that there are also “interactive shared benefits” from touch screens and they can “become a virtual wonderful, creative space and a potential source of education”.

Here at our Liverpool Day Nursery we ensure that our children have access to a range of stimuli including outdoor play to help encourage well rounded children.

If you are looking for a professional Day Nursery with outstanding facilities, please contact our team and we will be happy to discuss your childcare requirements.

Posted On 25th February 2015 ~ 0 Comments
This room is run by Shaunna who is also third in Charge at our Liverpool Day Nursery. Shaunna has worked at the nursery for 6

Posted On 8th May 2017 ~ 0 Comments
Three and four year old children are entitled receive 15 hours of free early education per week at our day nursery in Liverpool, 38 weeks

Nap time is very important at our Day Nursery in Liverpool

Posted On 11th October 2016 ~ 0 Comments
Daytime naps are crucial for babies and toddlers’ brain development and are essential for their wellbeing. Yet many young children go without a nap at