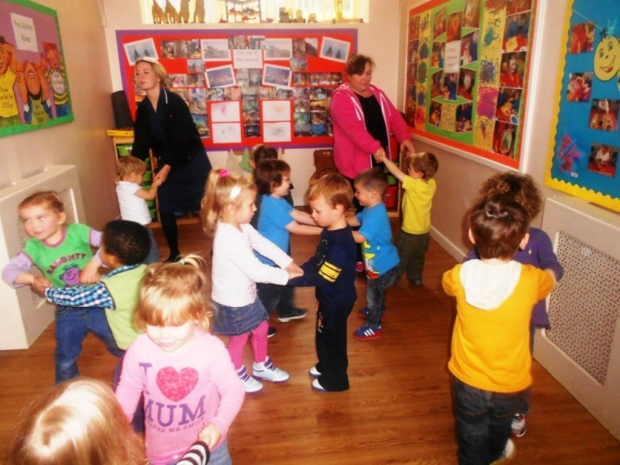 At our Liverpool Day Nursery we are very concerned about the government’s latest proposals.  The BBC reports:

Government plans to allow nursery staff and childminders to look after more children have drawn “a huge and angry response” from parents, says a charity. The Pre-School Learning Alliance says that more than 11,000 parents have signed a petition against the changes to childcare ratios in England. The government says ratios can be raised only if nurseries hire “better-paid, better-qualified professionals”.

But Neil Leitch, of the alliance, said ministers should listen to parents. The government announced the changes last month. They are due to come into force in the autumn.

Children’s Minister Liz Truss said the proposals would make more childcare places available and reduce costs for parents “in the long term”. She said the changes would bring the UK into line with countries such as France and Sweden and that England’s current higher ratios meant lower pay for staff and higher costs for parents.

An earlier report from Ms Truss suggested that the average family spent more than a quarter of their earnings on childcare – Britain has some of the most expensive childcare in the world, with some mothers saying it does not make financial sense to work.

Statutory ratios for carers per child vary depending on age and setting.

Ratios for three-year-olds and over will remain at eight or 13 children per adult, depending on whether a qualified graduate is present.

There are separate changes for childminders.

The Pre-school Learning Alliance is one of a number of organisations to have criticised the plans. It says its petition was distributed to parents on Monday, with 11,000 signing within 48 hours.

The petition calls on the government to reconsider its decision on child ratios and undertake “a proper consultation with early years practitioners and parents”.

Neil Leitch said the message from parents was clear.

“They are not interested in childcare on the cheap and want their children to be in a safe and caring environment where staff are able to give children individual attention. They recognise this will be lost should the ratios change,” he said.

He added that the government would be ill-advised to ignore the voice of parents.

“It is not a weakness to accept that a mistake has been made and we urge the government to bring a halt to this misconceived policy now,” he said.

A Department for Education spokesperson said its childcare reforms would provide higher quality early education for young children and more choice for their parents.

“We want to give good nurseries the freedom and flexibility to employ their staff to best way to meet the needs of children, in line with the best childcare systems in Europe.

“Only nurseries with qualified staff will be given this freedom to hire better-paid, better-qualified professionals to help ensure young children are prepared for school and set on the right path for decades ahead.

Should you have any concerns regarding this please contact any one of our Liverpool Day Nursery Staff.

Father Christmas will be visiting our Day Nursery in Liverpool

Posted On 17th December 2015 ~ 0 Comments
The children of our Day Nursery in Liverpool will be receiving a visit from a very special guest Father Christmas at this year’s Christmas Party.

Posted On 6th July 2018 ~ 0 Comments
The Government has resumed a drive to encourage parents to sign up for Tax-Free Childcare to pay for holiday clubs during the school summer holidays.

Posted On 29th January 2015 ~ 0 Comments
The children who attend our Liverpool Day Nursery are provided with three meals at regular intervals throughout the day. Meals are freshly cooked and prepared