Families living below the minimum income standard up by a third 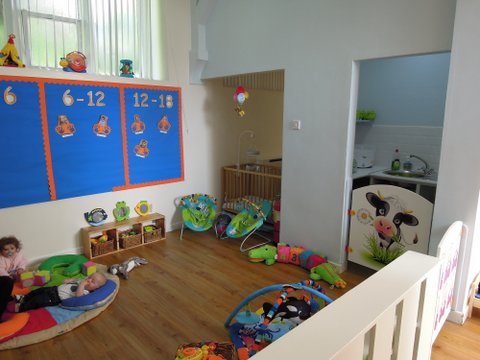 Families with children have shown the highest increase in households unable to afford the Minimum Income Standard (MIS) of living since 2010, Joseph Rowntree Foundation’s latest report has revealed.

The proportion of households unable meet the publically agreed MIS of living has increased by a third since 2008, with stagnant wages and cuts to in-work benefits blamed for the increase in families living below the minimum standards.

The Joseph Rowntree Foundation defines the MIS definition as: “A minimum standard of living in the UK today includes, but is more than just, food, clothes and shelter. It is about having what you need in order to have the opportunities and choices necessary to participate in society.”

In comparison, single households or those without children were more likely to be failing in the first two years of the study between 2008 and 2010, where unemployment and high inflation rates were not matched by pay increases for workers mostly affecting young single households.

Chief executive of 4Children, Anne Longfield responded to the report and said: “At a time when wages are stagnating and benefit changes have left families on low incomes struggling, this report paints a bleak picture of everyday life for many families right across the country.

“To make matters worse, we know that a significant number are resorting to borrowing just to cover the costs of essentials, entering into a cycle of debt from which it is difficult to escape.

“To tackle the problem, we need to address the cost of childcare -a financial strain on family budgets which is pushing 1 in 5 parents to consider reducing hours, or giving up work altogether. Those on low incomes need to keep more of their wages as the new Universal Credit system is introduced, while unfreezing child benefit for parents with under-fives would be welcome help for those struggling to get by.

“Offering extra support for these parents makes sense for families and for the economy – and should be top of the agenda for political parties as General Election campaigns get underway.”

The risk of being below MIS rose from 38 to 51 per cent for families with children where one parent worked and one did not and for single parents working full time the risk increased from 26 to 33 per cent.

Around two thirds of households are covered by the MIS including families with children, adult households without children and people relying on a pension.

The report also showed households living in rented accommodation were more likely to be living below the MIS than home owners.

Although the MIS is not a poverty threshold, most households defined as being in poverty are also failing to meet the MIS.

Our Liverpool Day Nursery offers Free Grant Place for children between 3 and 4 years old.  Please contact us to discuss.

Posted On 16th November 2018 ~ 0 Comments
The Oral Health Foundation is calling for the introduction of healthy drinks as the default option with children’s meals in restaurants, insisting that it will significantly help

Posted On 20th November 2017 ~ 0 Comments
You can be assured that your child receives well balanced and nutritious meals at our Liverpool Day Nursery.  All meals are freshly prepared on site

Fresh produce at our day nursery in Liverpool

Posted On 19th August 2015 ~ 0 Comments
The children in our day nursery in Liverpool have been enjoying exploring the outdoor environment. They have enjoyed clearing out our vegetable patch using the