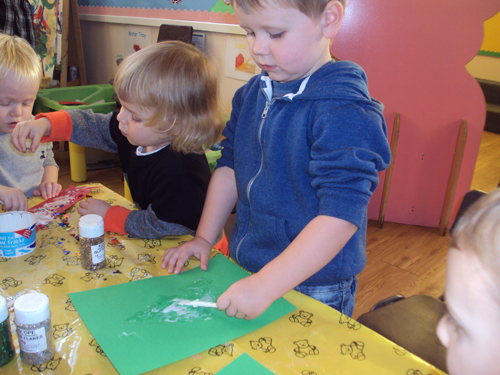 Stammering is a serious communication difficulty where people have problems repeating words, repeating sounds, stretching sounds or getting stuck on a specific word. It is also more common in under-fives than many people might think.

The British Stammering Association is quick to reassure parents they haven’t caused the speech difficulties, and recommends referring the child to a speech therapist as soon as possible despite it being something which the majority of children recover from over time.

An estimated 68 million people have a stammer, accounting for one per cent of the whole population. However a greater number of young children have a stammer which they overcome at a young age through effective early years intervention.

A stammer for young children is often a developmental stage of growing up. Liverpool Day Nursery workers carry out a few simple steps to ensure children are given the best opportunity and environment to combat their speech difficulties to boost their confidence about speaking.

If you are concerned about your child’s speech, please get in touch today and see how our Liverpool Day Nursery can help.

Our Aims and Objectives

Posted On 4th February 2013 ~ 0 Comments
Here at Woolton Village Day Nursery in Liverpool, we aim to provide the highest standard of Childcare possible within a safe secure and pleasant environment.

Posted On 16th July 2015 ~ 0 Comments
This is our last week of this terms Summer Free Grant places at our Day Nursery in Liverpool. The grant will restart in September so

Posted On 18th September 2015 ~ 0 Comments
The staff at the Liverpool Day Nursery will be holding a parents evening this week, days will be confirmed on the Nursery notice board. The